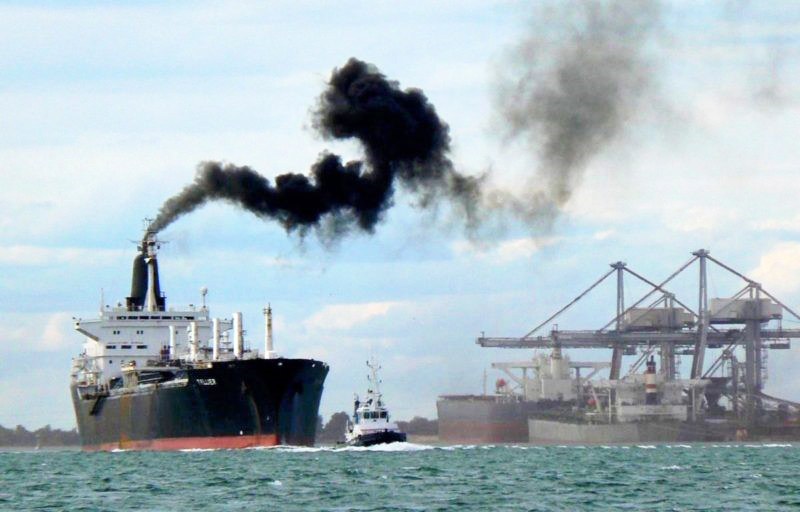 Sulphur is by nature present in liquid and solid fuels such as oil and coal. Sulfur oxide (SOx) emissions are mainly due to the presence of sulfur compound in the fuel. Smoke containing sulfur oxides emitted by the combustion of fuel will often oxidize further, forming sulfuric acid which is a major contributor to acid rain.

Today in road applications we use Ultra Low Sulfur Diesel ULSD is a cleaner-burning diesel fuel that contains 97% less sulfur than low-sulfur diesel (LSD). ULSD was developed to allow the use of improved pollution control devices that reduce diesel emissions more effectively but can be damaged by sulfur.

New international regulations limiting sulfur in fuels for ocean-going vessels, set to take effect in 2020, have further implications for both refiners and vessel operators at a time of high uncertainty in future crude oil prices, which will be a major factor in their operational decisions.

New Very Low Sulfur Fuel Oil (VLSFO) is expected to be 25% more expensive than the current high sulfur fuel oil. This rise in fuel costs will result in increased freight rates which can be expected to be passed down to end consumers.

The International Maritime Organization (IMO), the 171-member United Nations agency that sets standards for marine fuels, decided in October to move forward with a plan to reduce the maximum allowable levels of sulfur and other pollutants in marine fuels used on the open seas from 3.5% by weight to 0.5% by weight by 2020.

Vessel operators also have several choices for compliance with the new IMO sulfur limits. For example, IMO regulations allow for the installation of scrubbers, which remove pollutants from ships’ exhaust, allowing them to continue to use higher sulfur fuels.

Once installed on a ship, exhaust scrubbers work to significantly reduce sulfur oxides and particulate matter in emissions.

Many of the new exhaust scrubbers being installed are open loop systems that spray sea water over the exhaust fumes to wash out the sulfur oxides and particulate matter.

Once drained from the emissions chamber, the sea water, now full of emissions contents, is released into the open ocean. Scrubbers will reduce emissions to air, but it appears as it will just move the emissions to the sea instead, and this is not the best solution.

FEROX by RENNSLI new alternative could allow entities to remain competitive in 2020 without the huge risk in capital expense needed for exhaust gas cleaning systems.

Our Products are a better solution to emissions control and cost reduction lies in the pre-combustion stage of the engine as opposed to the reactive approach of exhaust scrubbers during post-combustion.

By modifying the rate determining step of the fuel during the combustion process, FEROX has demonstrated amazing results in emission reductions across the board along with increases in fuel efficiency. This is due to the fuel being burnt more completely in the combustion chamber as opposed to creating excess byproducts we have come to know as harmful emissions.

With a more complete combustion of the fuel, users can expect increases in efficiency and power on top of emission reductions.

To go further, FEROX by RENNSLI Advanced Solid Fuel Catalyst Additives are already being used to restore much of the lost lubricity associated with ultra-low sulfur diesel.

For more information click the links to see our Technical Bulletins: