IT ALL STARTED WITH ROCKETS 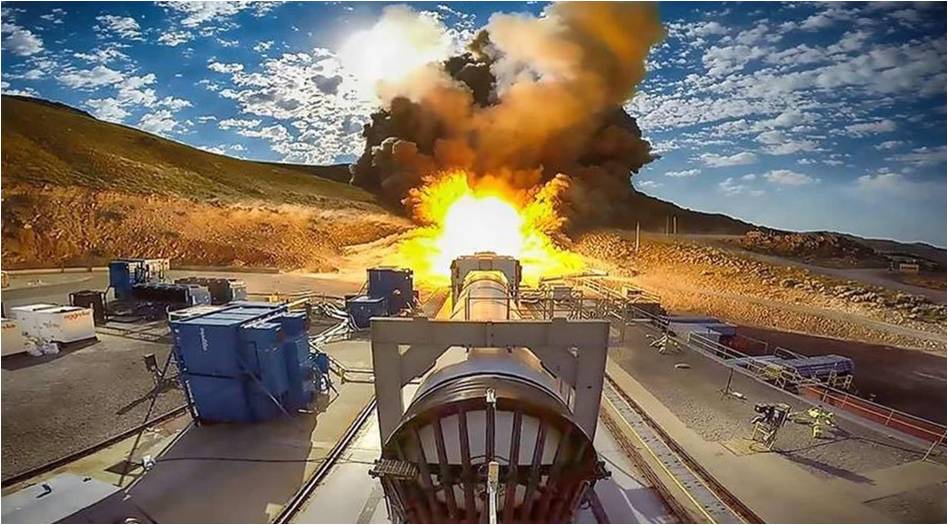 IT ALL STARTED WITH ROCKETS
In 1986, Thiokol and Hercules seeking the maximum performance of their solid fuels for military missiles and aerospace rockets began to research and development for the manufacturing process of solid rocket fuel.
In developing a deeper understanding of thermodynamics, the project’s head Ph.D. W. Wesley Parish chemist engineered what now serves as the core of all Rennsli Advance Fuel Catalyst Technology, a proprietary combustion catalyst (Patent US7959693B2) used in our proprietary brands (Rennsli, Ferox & 801 Racing) and in private labels until 2020  ( CleanBoost Pills & Powder, AFC Liquid & Solid, EFTabs Fuel Tabs, etc ), giving users an increase in horsepower, improved fuel economy, lower exhaust emissions, and preventative measures for carbon deposit buildup.
This catalyst has a chemical affinity to hydrocarbon-based fuels and achieves a positive effect on the rate-determining step in the combustion process. Simply put, more fuel gets burned in the engine for energy as opposed to contributing to exhaust emissions and carbon deposits. In realizing the numerous benefits of the catalyst, a broad spectrum fuel additive line was later developed for a wide range of applications beyond solid rocket fuel.
Since 1986, Rennsi Advanced Fuel  Catalyst Additives have been marketed towards the commercial sector serving a variety of applications including maritime vessels, backup power systems, heavy equipment, and trucking fleets in liquid form, but now with a new patented formula in tablet or powder are easier to store, dispense and be available for individual users or the general public.
In 1990, the additive was put through fuel economy testing over a period of seven months. This was conducted through Data Works at Savage Industries in American Fork, Utah. The additive was responsible for a recorded 7.48% increase in fuel efficiency in truck and trailer vehicles. The testing also concluded with 90% confidence that the rate at which soot, silicon, chrome, and copper build up in the oil of vehicles treated were significantly less than the rate of substance build up in the oil of vehicles that burned untreated oil.
In 1992, using a non-dispersive infrared analyzer, the city of Leesburg, Florida conducted an emissions test comparing treated fuel versus untreated fuel. This analysis resulted in significant reductions of harmful gaseous emissions. They observed a reduction of Carbon Monoxide emissions by 49% and a reduction of Hydrocarbon emissions by 51%.
In 1993, A Carbon Mass Balance test for McCartney Construction asphalt plant in Anniston, Alabama confirmed that the fuel additive will reduce fuel consumption and harmful emissions. During this test, the overall effect on fuel consumption was determined to be a reduction of up to 26.38%. This test also resulted in a recorded reduction of harmful unburned hydrocarbons by up to 38.82%. This test stated that the benefits of reduced fuel consumption, reduced emissions, reduced particulate emissions, and reduced maintenance costs apply to all equipment, not just the asphalt plant, but also the loaders, haulers, pick-up trucks, and excavators.
In 1994, at Yancey Brothers CAT in Augusta, Georgia an absence of carbon build-up on pistons and valve stems was observed in diesel engines undergoing a rebuild. The engines had over 17,000 hours with over 9,000 of those hours having been with the continuous use of fuel additive. As stated, it appeared the use of fuel additive is keeping the tops of the pistons and valve stems remarkably free from carbon build up and keeping all cylinders burning clean. They witnessed no detrimental side effects.
In 1999, this proprietary combustion catalyst fuel additive entered the commercial market and is sold for bulk fueling applications, such as in fuel storage tanks holding tens of thousands of gallons of fuel.
In 2007, using Dynojet Research, a Lexus IS300 Turbo was tested on the dyno to determine the performance benefits of using the fuel additive versus nontreated fuel. Although not typical, this series of dyno tests resulted in a 21.8% increase in peak torque and a 23.04% increase in peak horsepower.
In 2008, Bill Barrett Corporation, a Frontier Drilling Company, conducted a fuel additive efficiency test on oil drilling rigs. Based on their data, it was determined that the fuel additive does improve fuel economy. What they found was that the fuel additive saved them an average of 9.97 gallons per hour, resulting in a net savings of $0.623 per gallon.
In 2012, a series of Utah State Mobile Emissions Testing Diesel Vehicle Inspections were conducted over a span of three months. The introduction of fuel additive into the fuel system demonstrated a 77.9% reduction in opacity (smoke). These tests brought the CAT 330CL excavator from an opacity test average of 41% down to a beyond-passing average of 9%.
In 2014, Intertek conducted testing on our diesel fuel additive. This test included emissions, particulate matter, and fuel economy testing. During this testing, a 9.2% reduction in harmful NOx emissions was demonstrated through the use of the fuel additive.
In 2015, Utelite Corporation conducted a series of testing to determine the effectiveness of fuel additive in their front-loading equipment. This testing of fuel additive effects demonstrated a 7.03-22.16% increase in fuel efficiency over periods of 40-44 days.
In 2015, EDZ Power Plant in Beirut, Lebanon runs an evaluation of the additive impact on diesel fuel and generator efficiency in a Cummins Diesel Generator QSK50G4  (1,030kW) pilot test runs ferox products on 500 hours. This testing of fuel additive effects demonstrated a 15% increase in fuel efficiency.
In 2016, Staybridge Suites Beirut, used ferox products during 9 months test, during this test the result was a 15.5% increase in fuel efficiency in boilers.
In 2018, Bahrain Motors Company  WLL, Kingdom of Bahrain conducted an evaluation of the additive impact on diesel fuel and generator efficiency in CAT Diesel 700 Generator the duration of the test was two months. The result of this test was a 6.7 – 8.63% increase in fuel efficiency.
After various third-party testing and user-led case studies, Rennsli Corp has been proven to save companies both time and money through increases in efficiency and preventative maintenance.
Don’t take our word for it though, give it a try!
Contact us to order some of our revolutionary solid-fuel technology with over 30 years of research and development. It works in everything from your compact car to tier-4 equipment.
Contact us with any question!